All of these photos were taken in Hyde Park (Chicago) during the last few weeks, unless otherwise noted.

Robins waiting for snow to melt 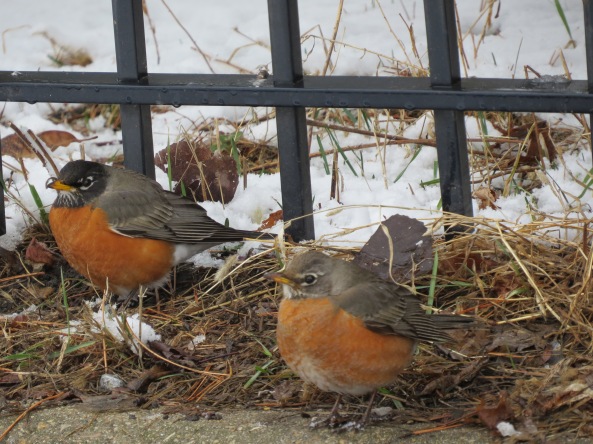 And you thought all robins looked alike! 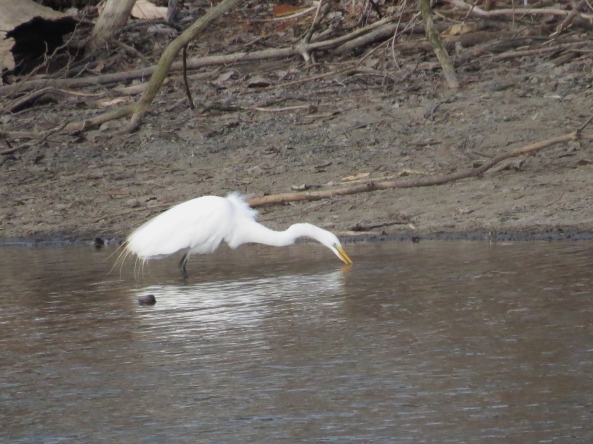 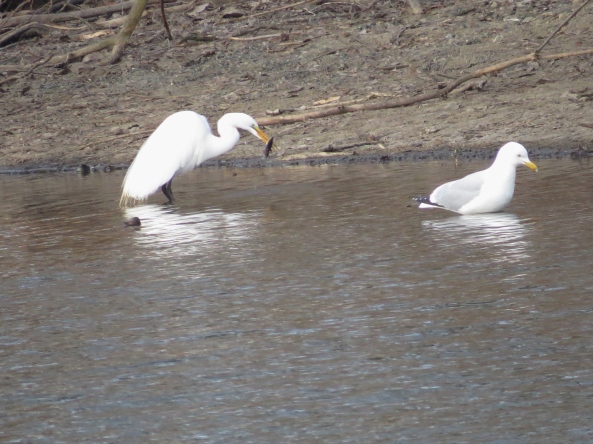 A third winter herring gull has pink legs but has a black spot on bill that is starting to turn red. 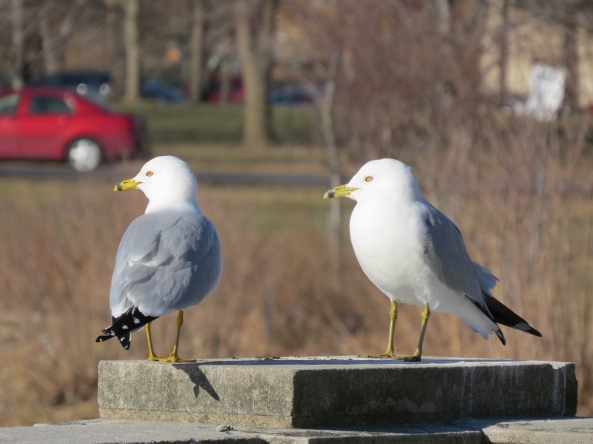 First winter ring-billed gull (note it has pink legs like a herring gull). This photo was taken in August. 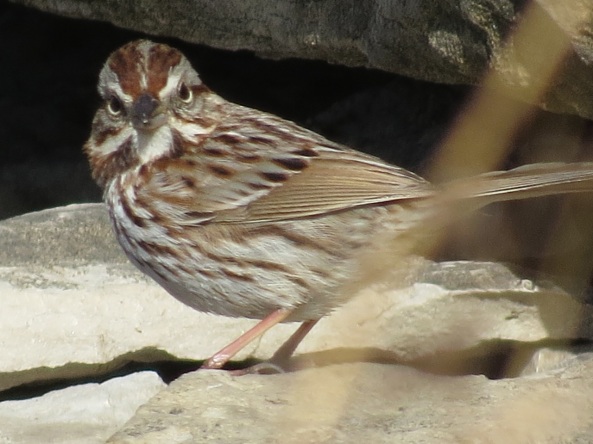 Another view of a song sparrow The song sparrow’s song has three notes followed by a trill. 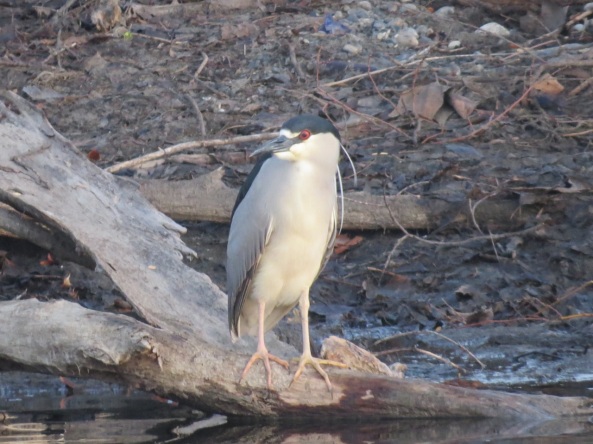 All photos taken in the Hyde Park (Chicago) area during the last few weeks unless noted otherwise.

These photos were mostly taken in the area around 63rd and Hayes:  Hayes beach, the inner harbor, the outer harbor and La Rabida 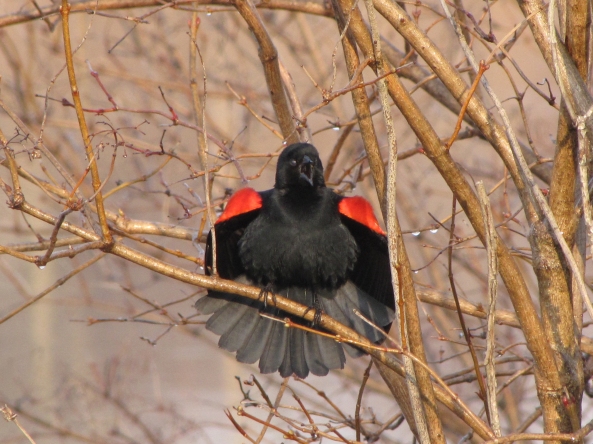 A back-end view of a displaying male red-winged blackbird. The females haven’t arrived yet. 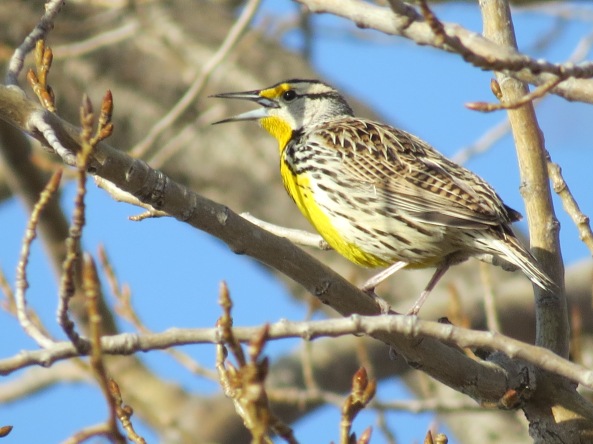 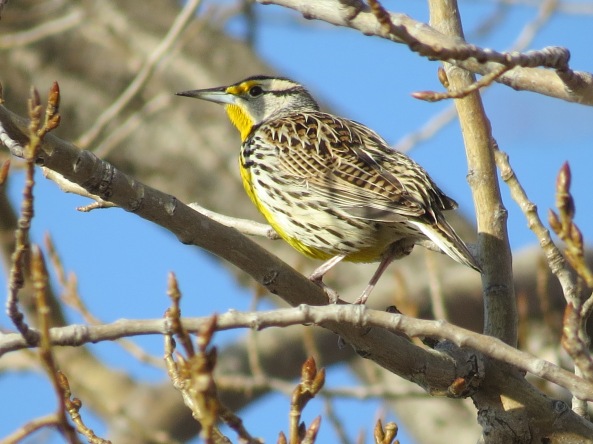 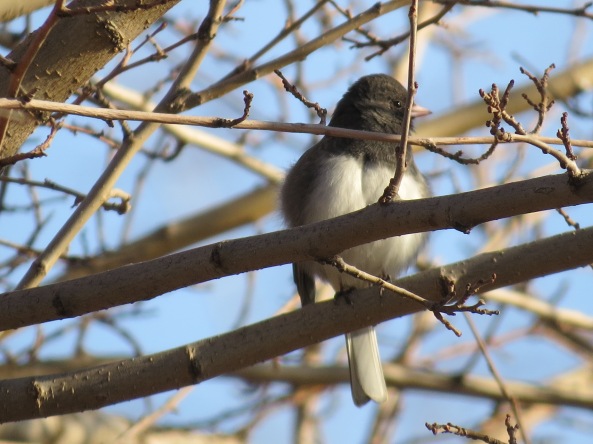 ring-necked duck ( it is a mystery to me why people agreed to this common name!)

It was great fun having the white-wingd scoters come into the outer harbor again this winter. This one is posing in the blue, blue water of Lake Michigan just after most of the ice melted

A close-up of the white-winged scoter’s bizarre bill.

Two red-breasted mergansers doing courtship displays for the female swimming next to the second male.

This video shows some serious courtship moves of 4 male mergansers. The female is sitting on a piece of ice

Eggs are laid where you see the straight line, the grubs then eat their way through the wood. Notice the lines get thicker as the grubs move away from the original straight line. This is because the insect is getting bigger. 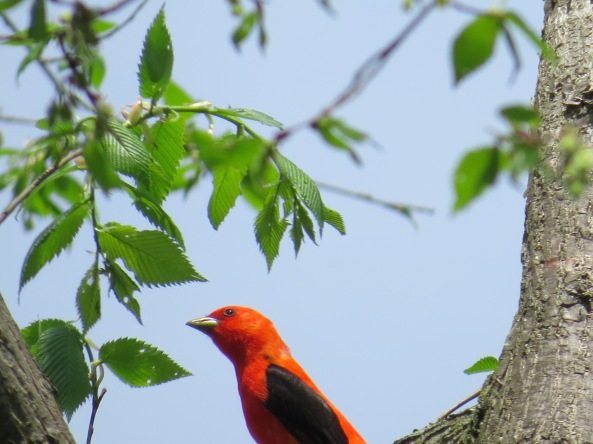 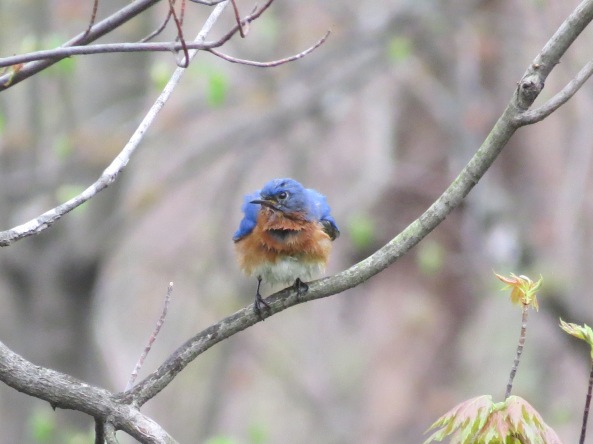 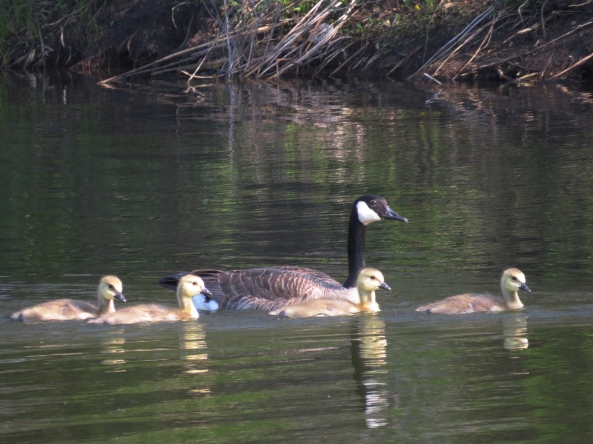 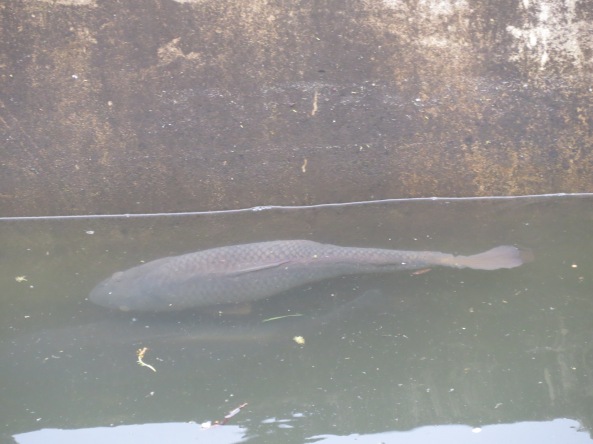 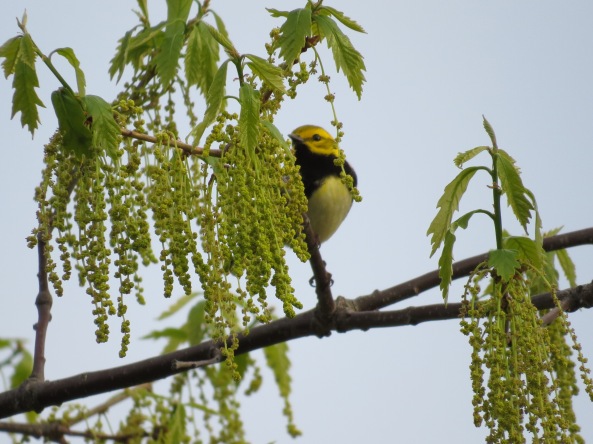